Crux has reported the death, this Sunday, of former seminarian and American musical revolutionary Ray Repp, and his obituary has appeared in the Saint Louis Post Dispatch.

Ray Repp was the most influential Catholic in Saint Louis’s history and the most influential alumnus of Kenrick-Glennon Seminary: he reshaped the worship of millions of people of the past generation and opened the gates to the folk Mass as the new normal. No one should minimize his importance.

This week, David Haas has paid tribute to Ray Repp as a true pioneer for his style of music. He deserves credit, especially with his Mass for Young Americans, for opening the way for David Haas and Marty Haugen and the St Louis Jesuits and Michael Joncas and the rest.

On the occasion of the passing of Ray Repp, that pioneer of the Catholic “Folk Mass”, we would like to present to our readers a revealing “modest proposal” (sic!) he penned in 1988. In it Repp explicitly states that good Church music is not about glorifying God, but rather about raising people’s consciousness, castigating even black spirituals for being too supernatural and otherworldly, and therefore legitimating social injustice and oppression.

For Repp, supernatural revealed religion is ultimately a sign of alienation and a tool of the powerful, whereas religion and worship ought to be engines of social liberation.

Here we are….all together as we legitimate oppression? 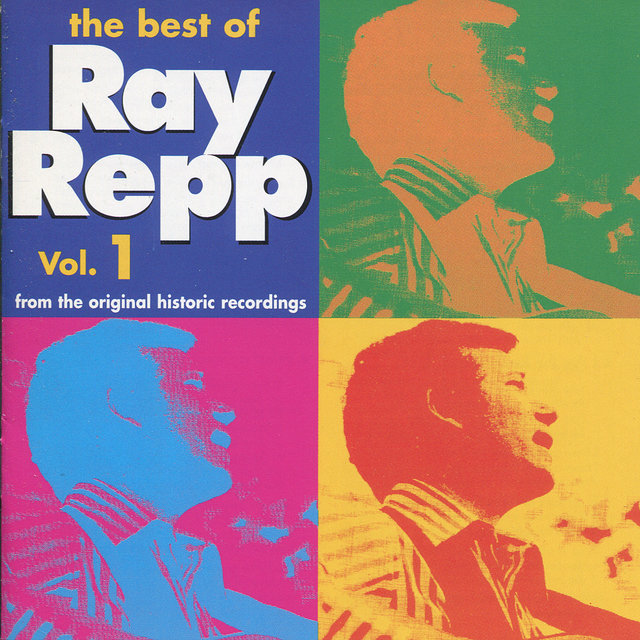 Current Trends:
A Modest Proposal to Composers of Liturgical Music

Since 1965, when he introduced guitar into worship with his Mass for Young Americans, Ray Repp has composed and recorded 11 albums of songs, now translated into 28 languages. Recently he helped found K & R Music, Inc., in Trumansburg, NY, where he makes his home.

There is an old story about a married couple who, while on vacation in the countryside of New England, were looking for a local church so that they could attend Sunday services. When they finally arrived at a small country church they found the door being locked by an elderly caretaker. The couple ran to the gentleman and said, “Are we too late? Is the service over?” The man smiled kindly at them and answered, “Yes, the celebration is over. But the service is only beginning.”

Unfortunately, this is just a story. How many people (ordained or not) do you think really have the wisdom of this elderly man in the story? How many people understand the implications of John’s Gospel account of the Last Supper?

What I’ve noticed in recent years is that a growing number of theologians, moral and biblical scholars, as well as religious educators have taken giant and courageous steps in closing the gap of dualism in religion. These people are teaching us that our responsible actions in everyday life are our faith responses. Of course, this is really nothing new, because it is the Gospel of the Lord. Michael Himes in a talk he gave to Renew leaders recently in Baton Rouge spoke clearly that “Social justice and loving one’s neighbor are not just part of the Gospel message — it is the Gospel message.” Loving God and loving one’s neighbor are not two laws — they are one.

But I have also noticed that usually only “professional” Christians have the leisure, or the income, or even the professed interest to attend conferences where these insightful leaders are speaking. The same is also true when it comes to reading books and articles written by these people.

What about the other 99% of the people who make up our family which we call the Church? Where do they get their “update” on current religious thought? Where do they get their insight, encouragement, or religious enthusiasm? Without even addressing the fact that encounter with God can take place as readily in the “marketplace” as in church, let’s assume that for most people the Sunday liturgy is the opportunity for this “update.” If this is true then I believe that the two sources which are most likely to either encourage a change of thought, or to reinforce an existing bias, are the pulpit, and the music.

The strengths and weaknesses of the pulpit speak for themselves. The person proclaiming the Word — and the extended “Word” of the homily/sermon — may or may not be one of those “professional Christians” who has the time for, or interest in being updated on matters which affect faith development. But music is far too often underrated as a source of influence, and it is this issue which I would like to address.

In the foreword to the New Episcopal Hymnal, the bishops gave as one of the clear purposes for liturgical music that it be a source for educating the community about current theological and biblical teachings of the church. Whether or not other denominations agree with this purpose, and whether or not the Episcopalian Church herself follows her own recommendations, the fact remains: people take home with them the theology contained in the music they sing in church.

Let’s assume that music can really educate, and that not only the composers but the people choosing the music can affect the faith development of the church. So what kind of theology do we want people to take home? We might begin by asking the questions “Why should people come to church in the first place?”, and Why do people come to church?”.

Most people would probably agree that the answer to the second question is to worship God. People might also add that we go to church to meet God in the Word and the sacraments, to pray for our needs and the needs of the world, and to recognize God as our creator and savior. Many people are quick to point out that they go to church to get away from the cares and problems of the world for a while and spend time in peaceful prayer and thought on more eternal subjects.

All of these reasons sound noble in themselves — but is this in keeping with the Gospel? Is going to church to worship God and get away form it all even remotely contained in the Gospel message? William Sloan Coffin, in his book The Courage to Love, says that greed for personal salvation may be the most obnoxious greed there is. We are called as Christians — as humans — to work for the salvation (liberation) of everyone. This does not mean just our close family and friends, but the poor, the outcast, the “others,” the Samaritans.

There is an interesting theme which kept recurring in the music of the nineteenth-century American Negro spirituals: the reward for all the abomination endured in this life would come in the next life. Psychologically it was important for black slaves of that time to have hope in something. Their music gave it to them. But it is also true that the white plantation owners encouraged their black slaves to believe in the black religion and sing their spirituals. After all, as long as these people had hope in a time to come they could endure the hardships now. It was just good business to encourage this kind of faith.

But what would have happened if the nineteenth-century Negro spirituals had been filled with concepts like self-esteem, giftedness from God, dignity, equality and justice (to mention just a few of the key principles of the Gospel)? I suspect that if these themes had been part of their music, the Civil War would not have been fought between North and South, but between black and white. And the civil rights movement in this country would have begun long before 1957 when Rosa Parks refused to sit in the back of the bus in Montgomery, Alabama.

So, why should we go to church in the first place? It is my belief, and the belief of many, that we should go to church together — to hear once again the Word of God, a Word which calls us to bring liberty to those who lack it; to bring love (God’s presence) where there is darkness; to be able to think of others more than of ourselves; and to be willing to risk everything because it is the right thing to do so. We should also go to church to be nourished and encouraged by the sacrament of the Eucharist — and by the greatest sacrament of God’s presence in the world, each other -so that we can go out and do something to make the Gospel vision a reality.

I suggest that music which accompanies poor or unclear action only adds to the confusion. “Makers of rites” would do well to fashion an action for the “gathering rite” in the spirit of Marty Haugen’s song Gather Us In. People are naturally sacramental perceivers. They know when they are welcome — they know when they are taken seriously and appreciated. They also know when they are being treated as second-class/lay members of the parish family. If we want to keep people feeling subservient we can do so with our liturgical action — but we can also do it with the language of our music (as did the white plantation owners of the nineteenth-century).

There is great potential for liberation and evangelization (in the best sense of the word) in our musical texts. To deny this potential is not only naive but irresponsible. We can help call each other forth — as God has been doing since the beginning to be the loving, responsible, and just people we are capable of being. If the actions of the liturgy are at times vague, or the sermons sometimes meandering, people can still leave church with melodies and words of encouragement and challenge echoing in their hearts. It is not enough to leave people with pious platitudes and self-serving scripture quotes taken out of context. What does “Praise of the name of the Lord” have to do with the challenge of the Gospel? Does the Lord really like to be praised and entertained and sung to? Doesn’t it make more sense that we sing together with the Lord (always present) about our willingness to live out our baptismal promise?

The definition of “liturgy” that I appreciate most is one given by Thomas Merton many years ago. “Liturgy is an action in which people express who they are, and who they wish to become.” If we are to take Merton’s definition of liturgy seriously, then all liturgical music would have to speak about the people we “wish to become” — the commitments and promises we intend to live out.

My modest proposal for composers of liturgical music is that we first of all recognize how influential our music can be for the faith-development of people. Recognize that we are called to help call others to a life which sees God’s presence everywhere incarnate. God is no longer “up there” (worshup), and our music can bring this message home clearly. In recognizing our influence I propose that we consciously use our gift to write music which is really liturgical – that is, to quote Merton, music “to express who we are and who we wish to become.”

One thought on “Ray Repp, Founder of Catholic Folk: A “Modest Proposal””