The form of the cloister beside the monastery is taken from Salomon’s portico built next to the temple. The apostles all lived in this place and they met in the temple to pray, and “the whole group of those who believed were of one heart and soul, and everything they owned was held in common” (Acts 4). Following this form, religious live together in the cloister and meet night and day in the monastery for the divine service. To this day some of the faithful leave the secular world and lead a common life in the cloister.

Ch. 149
The Cloister is Paradise

The cloister also signifies Paradise (Genesis 4) and the monastery Eden, the more hidden part of Paradise. There, there was a fountain of concupiscence; in the monastery there is a fount of Baptism. The tree of life is in paradise; the body of the Lord in the monastery. The diverse fruit trees are the various books of Sacred Scripture. The cloister’s secretum is a figure of heaven, in which the just are separated from sinners just as the professed religious are sequestered from those in the secular state.

The cloister presents us with an image of the heavenly paradise [1]. The fountain and the tree of life signifies Christ, who is the fountain of life and the food of the blessed in eternal life. In the monastery two choirs sing God’s praises; and in the heavenly paradise the angels and saints will praise the Lord in sweet concert unto the ages of ages. The multitude of persons living in the cloister have one heart and one mind in religion and possess all things in common, and in the heavenly homeland all the elect will have one heart and one mind in love, and all will possess all things in common, because whatever each one lacks he will have in that place where God will be all in all. In the cloister each monastic has his own proper place, and in paradise each one will receive his own rooms according to his merits [2].

[1] Anciently, the area in front of the church enclosed by a walled courtyard was called the atrium or paradisus. It often included a garden, as today in the old Roman basilicas such as St. Paul’s Outside the Walls. To enter a basilica, therefore one had to enter a garden. This symbolism was often reinforced by the decoration of the nave and especially of the apse, which might include a scene of the Garden of Paradise. 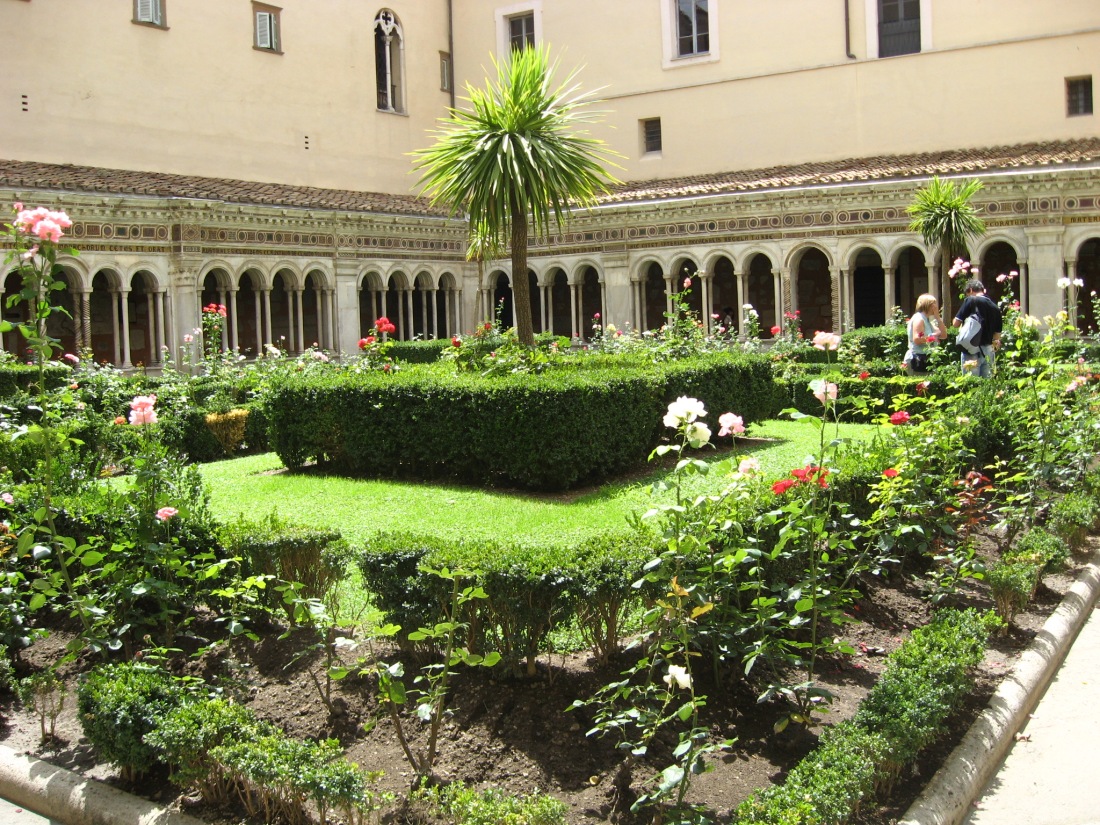 Gemma Animae does not much apply this symbolism for the Church itself, but has transferred it to the monastery grounds, which contain the same sort of interior walled courtyard that the ancient basilicas once had in front of the church building.

[2] We saw the same idea in ch. 140 in his gloss on the monastic choir stalls, which represent the houses of the just in the Kingdom.

Key to Heaven and the Destruction of Hell: A Sermon from the Speculum Ecclesię on Roodmas

REPOST: Nothing More Befitting, More Apt, More Worthy: Honorius on the Readings of the Assumption

Honorius Augustodunensis’ Sermon to All Estates

REPOST: Ad Mariæ Gloriam: A Trope for Our Lady